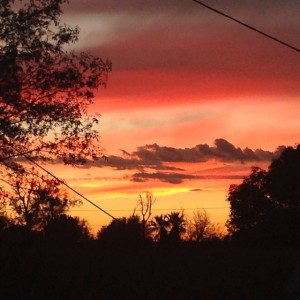 A great friend who is an atheist posted a video on FB today of Richard Dawkins reading out hate letters from Christians telling him to shut up. The letters were so offensive, so badly spelled and so out-of-control-ridiculous it was indeed very funny.

My friend wrote: “Oh dear…crying from laughter. …Why are the religious so offended by us atheists? It is odd.”

It is, extremely odd.  I’m a Christian and I’m not offended by atheists.  Or homosexuals.  Or divorcées.  Or the chronically vain.  Or the proud.  Or the hate-filled.  Or the selfish.  If we’re going down that road, shouldn’t I be offended by me?

If the mercy that God extended to me with all my crap is given freely to all who ask, who am I to disbar anyone?  It’s preposterous.

I have been a Christian since I was 24.  I was raised in the Church of England from birth and always assumed I was a Christian because I was middle class and English (who wasn’t?)  I had no clue that I could actually meet the Lord and have a relationship with Him that is as real as my relationship with anyone. I had no idea He knew and yet still loved – specifically – me.

I didn’t check my brain at the door when I committed to Christ.  I find faith endlessly intellectually challenging and exciting.  There are many things I don’t understand, but then again what makes me think I could?  I still ask the questions anyway and am comforted knowing that ultimately I will get to know the truth. Simply because God has promised that I will.

When people ask me questions about my faith, I often don’t have the answers.  But this doesn’t alter the fact that I know God and know that He knows me and sent Jesus to save me – because I needed saving.  It’s like my relationship with my mum. 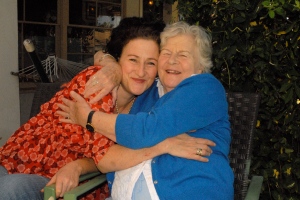 I have a lot of respect for atheists.  At least those who have clearly put some thought into it.  Because isn’t that the beauty of free will?  You can – literally – choose what you believe.  And don’t we base any belief largely (and inevitably) on our own experiences and the information we have gathered along the way?

Two of my friends who are atheists had absolutely ghastly Catholic school experiences.  I actually don’t have anything against Catholicism.  It’s when it falls into the hands of man and becomes a system of control as opposed to new life that we are all susceptible to getting totally screwed.  The amazing thing is that free will means that God must allow this to happen too.

The free will thing is a two-edged sword for sure.  I have young children and they haven’t had the opportunity to do anything that would really break my heart yet.  But once they’re adult, if they do do something it will be their right to do so.  And my job will be to love them nonetheless.  No matter how gutted I might be about the choices they make and the consequences they may suffer.

Richard Dawkins is fantastic really. He’s not treating religion like a golden calf. 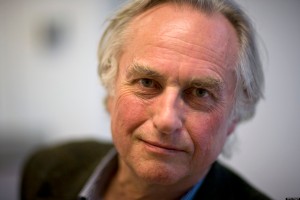 He’s balls out and I find that intellectually (and refreshingly) honest.

So many people who reject Christianity don’t seem to have the first idea who Christ is or why he came.  So when they then deride my faith as weakness, I just have to shut up.  No one came into the kingdom through argument.

After I became a Christian, one dear friend in Glasgow said (very drunkenly) to me at my housewarming party: “I’m gay so God hates me, right?”  It was such a heartbreaking statement and so totally untrue.  He avoided me like the plague after that and I had to let him.  Free will.  I still think about him and care for him 26 years later.

I was always so sad by the hate mail Christopher Hitchens received.  I loved his writing, and if we’d ever met I hope he’d have liked me and we could have got well-trollied together in the best possible way. 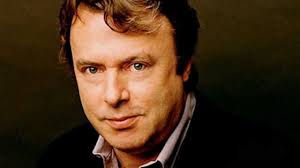 The thing about CH was that he was a seeker after truth.  He was just asking the questions, and unrepentantly pointing out the shocking hypocrisies in the church – and, to be fair, in Islam.   I never got the feeling he had an agenda against Christianity.  I think he was a fiercely intelligent man who genuinely wanted to shine a spotlight on all these widely-held beliefs to find out if any of them stood up.  And in human terms, I don’t see how they can.

I loved reading about what he wrestled with.  A subscriber to Vanity Fair, I looked forward to his column every month.  How can a true Christian – one who understands their own radical need of Christ – in any way be opposed to his questions?  I wept when he died.

When I was at Yale, there was a standing-room-only public debate on the downtown campus between a prominent local witch and a friend of mine who is a Christian apologist.

One of the things my friend said blew me away.  This was a public forum and the stakes – certainly in terms of human pride – seemed pretty high.  In response to one of his debating opponent’s challenges, he said simply this: “Look, I may be wrong.  But I do genuinely believe that what I am saying is the truth.”

It was so calm, so humble, so logical and so secure. There were probably twelve hundred people in the hall and you could hear a pin drop.  He was admitting he could be wrong.  He didn’t think so, but he was admitting that it was a possibility.  Of course it must be.  How intellectually honest was that?  And he said it without any emotion whatsoever.  It was stunning and completely disarming.  How could you argue with that?

I have been a bible teacher for over 20 years.  I have a Master of Divinity (which I rarely mention) and by now I’ve had a fair amount of experience in preaching and teaching.  One of the most powerful tools I think I have in my arsenal is the (sometimes frequent) ability to say, “I don’t know.”

The reason it’s so powerful (I hope) is because if I then say I do know something  – like I believe (in my mind, know) Jesus is the Messiah – those listening know I mean it.  In order to be the teacher I don’t think I need to know everything.  For Heaven’s Sake, how could I?

The friend who posted Hawkins video is greatly loved and valued by me.  We have known each other a long time.  I just hope – pray even – that in the face of this kind of “Christian” rubbish by those who “disagree” with the likes of Hawkins and Hitchens, he will remember that I adore him.  And he’s an atheist and I’m a Christian.

I can’t vouch for all those who say they love Jesus.  I just have to vouch for Him.  Which I do.

Speaker, teacher, actress, artist, mum, believer… not in that order.